This will be the first installment of ‘Disgesting Research’ – a series of lunchtalks where doctoral students present their artistic research in progress.

During the first lunchtalk, Marina Kazakova will present her research. In her PhD, she examines how the basic characteristics of lyric poetry can be expressed in film: (1). form, (2). musical qualities, (3). figurative language, (4). non-narrative, vertical investigation of the situation, and (5). the first-person point of view/ a self-reflexive speaker.

This research places particular emphasis on the most specific and direct use of lyric poetry within film: ‘a lyric film-poem’.

The genre of a film dictates how the film will be presented, the cast involved, and the overall storyline. When creating a film-poem, the essential micro features that Marina focuses on are: editing, mise-en-scene/setting, sound, cinematography, character, acting
plot and narrative structure.
Therefore, the struggle is to analyse how the 5 unique characteristic of poetry that I’ve selected are expressed in film medium.

At PhD Lunch, we are going to watch three freshly made short film-poems of Marina that demonstrate three different approaches to the creation of a film-poem:

1. Film-poem “Hot Snow I am”: a collaboration with the theatre maker Isadora Pei (physical theatre).

Isadora Pei acted out and co-dircted the film-poem “Hot Snow I am”. What she does in her theatre making is exploring the relationship between body and visual images. Inspired by some works of The Living Theatre, influenced by Odin Teatret and Tanztheater (the physical theater), Isadora Pei does tell a story – but not in the way you would expect – she tells of experience, reminds us of sensations or feelings and plays with our own memories. It can be baffling, transporting and profoundly touching, sometimes without us even really knowing why. Same as Pina bausch, she is not interested in how people move but in what moves them. Hence, it all influenced how the poetry of Marina was visualised through the body language of Isadora Pei.

2. Film-poem “The Noon at Schuman”: a collaboration with a documentary filmmaker Diren Agbaba.
Diren was a cameraman and a co-director of ‘The Noon at Schuman”, in which he tried to show the film’s story that presents the truth. Diren’s input that made a difference to Marina’s filmmaking was his preoccupation with persuading the audiences through logic for rational and a well-prepared storyboard for eliciting emotional responses.

3. Film-poem ‘The Ropewalker: Above the Babylon of Europe”: the approach of a poet-filmmaker Marina Kazakova, who is primarily a literary person, rather than a cinematographic one. Influenced by Eric Rohmer’s talking cinema and his self-perception of an “eternal amateur” and Aleksander Sokurov’s dreamlike painting-cinema, her film-poems exist less to tell stories – although there is usually the thread of some plot or situation – than to expand a moment in time, a sense of place or an emotion. 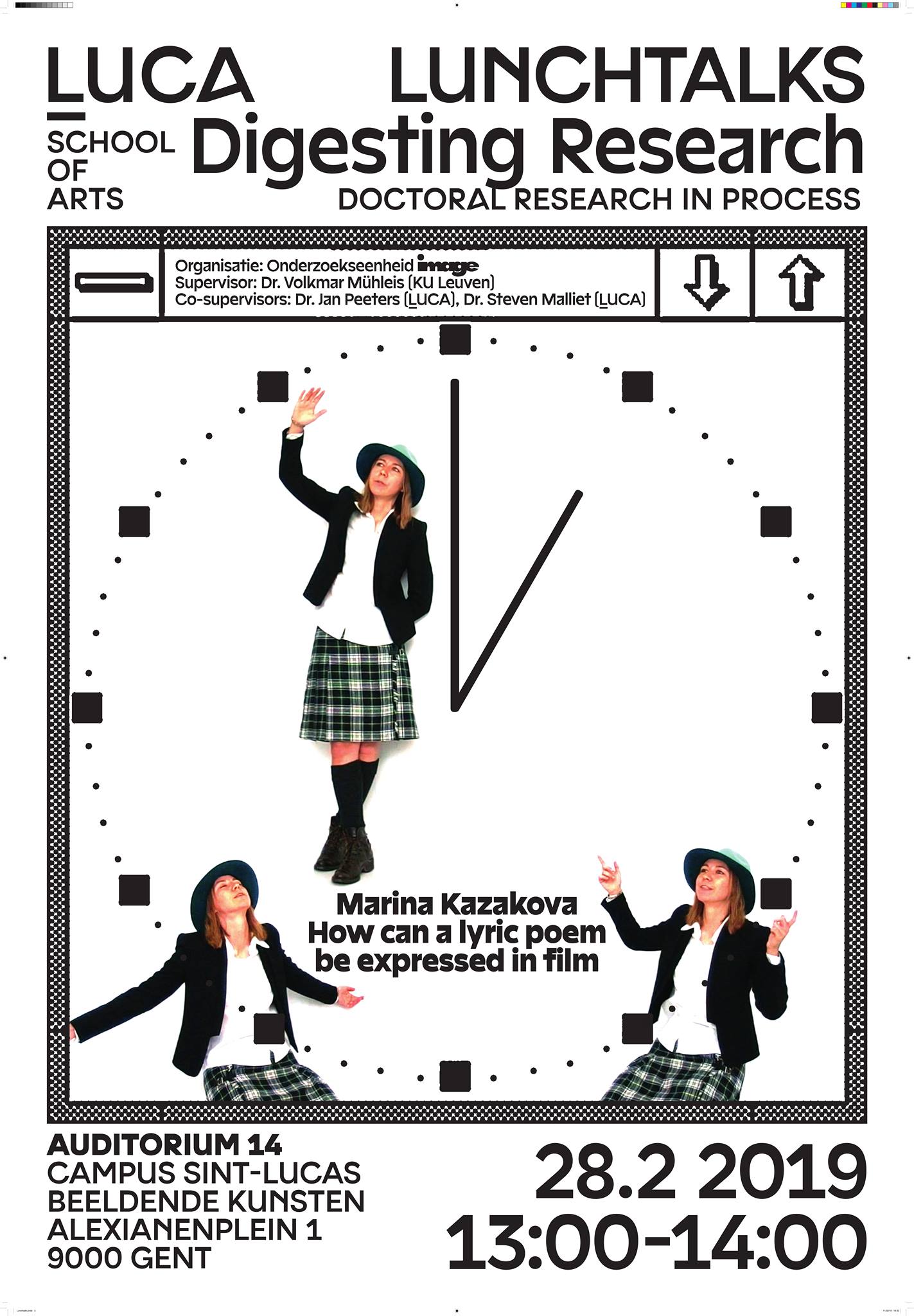